One last little dispatch before the holidays!

Another big year is coming to an end, and while the pandemic has remained present in the everyday, it didn’t dictate the lives of Quebecers as much as in previous years. Even though it seems as though our lives have been turned upside down lately, it’s surprising to see that our culture, our population, and our language continue to prosper and grow. Advertising-wise, communications-wise, and human-wise, here’s what’s worth mentioning (in our humble opinion). But before we leave you to your reading, the shop would like to wish you a very happy holiday season! We look forward to seeing you in 2023. 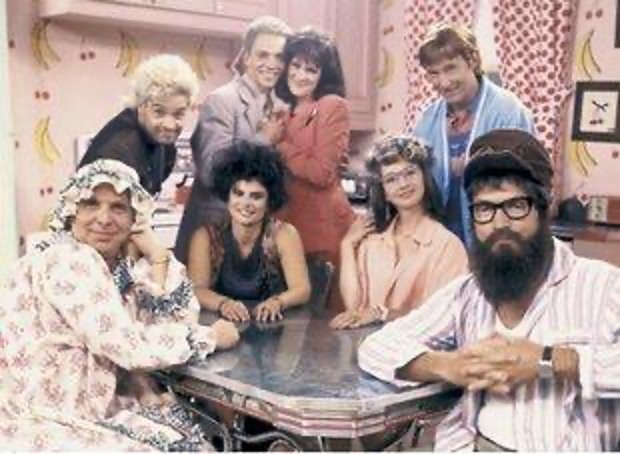 Does Québec culture have a future with young people?

When we talk about Québec culture, we’re mostly talking about culture expressed in the language of Molière. While we still produce a lot of French TV series, movies and music here in Québec, the international English-language cultural offering is constantly growing. And because most of today’s youth consume online, English-language entertainment is always within reach. There’s certainly a parallel to be drawn between the culture in English Canada and the cultural offering in the United States.

Gone are the days when 4 million people were glued to their TV sets watching La Petite Vie, a Québec sitcom that aired in the 1990s. These days, if a TV show manages to reach one million viewers, it’s quite a feat. We can count on one hand the number of shows that are able to do it, including the Bye bye de la pub 2021, which reached an audience of just over 3 million people.

Today, young people consume content on whatever mobile device they want, when and where they want, and, in many cases, are able to successfully skip ads. Increasingly, their main content sources – Netflix, Apple, Crave, Amazon, etc. – are the same as everyone else’s, and Québec content is increasingly limited on these streaming services.

Do older generations have a duty to pass on their knowledge to younger generations? Should we pique their curiosity by sharing our cultural favourites and keeping our fingers crossed that this will be enough? Should we rethink the way we integrate brands with cultural content? Create web series that successfully engage all generations on digital? Or even create multi-generational ads for the same show, where an ad aimed at Baby Boomers could run on TV, and another targeting Gen Z could run online? There are many avenues to explore.

One thing is for certain: we have to adapt to the cultural consumption habits of young people. Even if we want to keep them watching good old-fashioned TV, we have to think long-term. We have to reflect on how to contribute to the cultural offering and find ways for advertisers to reach today’s youth. 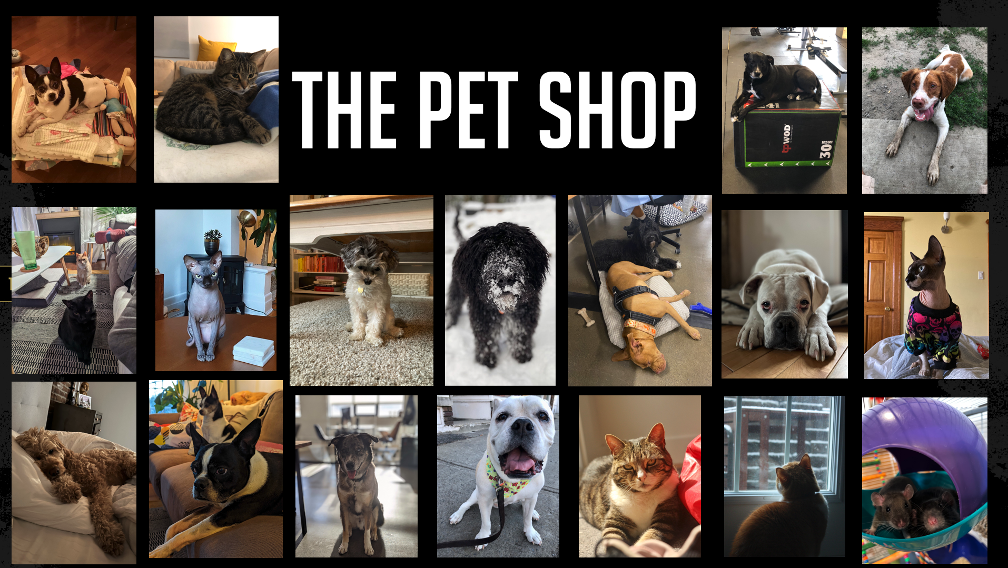 Pets that make us feel good

Reggae, Baxter, Lola, Pumpkin, Biscuit, Kira, Steeve, Daifuku, Marley… these are just a few of the canine companions who regularly pop by the shop. Indeed, The French Shop is a reflection of the current trend that one in two Québec households now has a pet. According to the most recent survey by the Association des médecins vétérinaires du Québec (AMVQ) en pratique des petits animaux, there are 2.1 million cats, 1.1 million dogs, and an unknown number of “exotic” animals in Québec homes. These statistics have drastically exploded due to the pandemic.

Since the beginning of COVID, thousands of Quebecers have adopted pets. These faithful companions have proven to be excellent partners for having fun, passing time, and alleviating anxiety. In addition to its calming effect, having a pet is also associated with several positive effects on cardiovascular health, including increased physical activity, lower blood pressure, improved lipid profile, and better chances of survival following a coronary event.

We also know that the pandemic has helped many people turn to the SPCA to adopt a pet. A privileged witness to the relationship between Quebecers and their pets, Dr. Kfoury believes that the major evolution of the last 20 years is primarily emotional. That being said, in light of this observation, Québec seems to be an interesting market for companies in the pet industry.

As a matter of fact, The French Shop recently formalized a partnership with Champion Petfoods, a Canadian company that produces ORIJEN and ACANA pet foods. This natural partnership will certainly be well nourished by our great love for animals, in addition to our expertise. 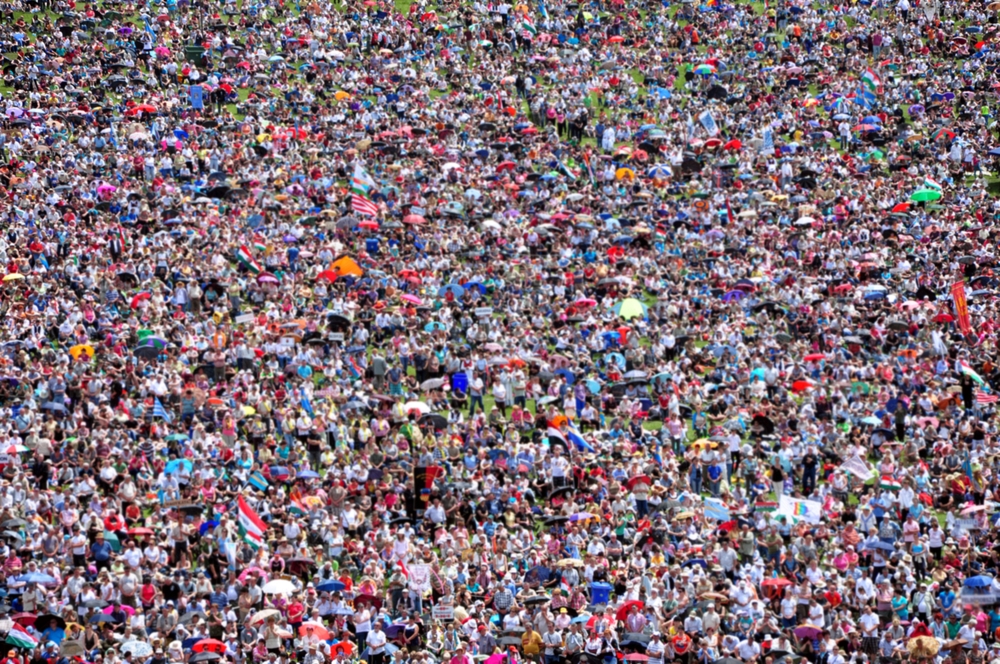 Title: Is Québec’s population in decline?

Contrary to what one might think, Québec is not experiencing a demographic decline. Au contraire, over the last five years, Québec’s population has increased by 4.1%, which ranks our beautiful province fifth among the 12 other provinces and territories in terms of population growth. This is 0.8% more than the previous census cycle (2011-2016).

In real terms, this means there are more and more people who can be reached by your ads. That said, it’s important to know who you’re talking to. And it’s equally important to understand population dynamics, characteristics, and trends to ensure that the message gets through, and that the ad is compelling.

For example, Québec has a lower rate of immigration than the rest of Canada, but it attracts nearly as many immigrants as the national average. The cultural impact of this immigration is well known. However, despite multiculturalism, the demographic weight of Québec natives is greater than that of newcomers. Québec is not in the process of assimilation; it retains its cultural differences, and that is why it’s important to localize ads so that they’re relevant here.

Not only is Québec’s population different from the rest of Canada, but it’s also growing. And the good news is that this growth means development, it means creating infrastructure and allocating resources to more people. And this means we can expect more jobs and wealth to be created in Québec and in Canada, which bodes well for advertisers. Technically speaking, when you read between the lines, there are lots of opportunities to promote new things! 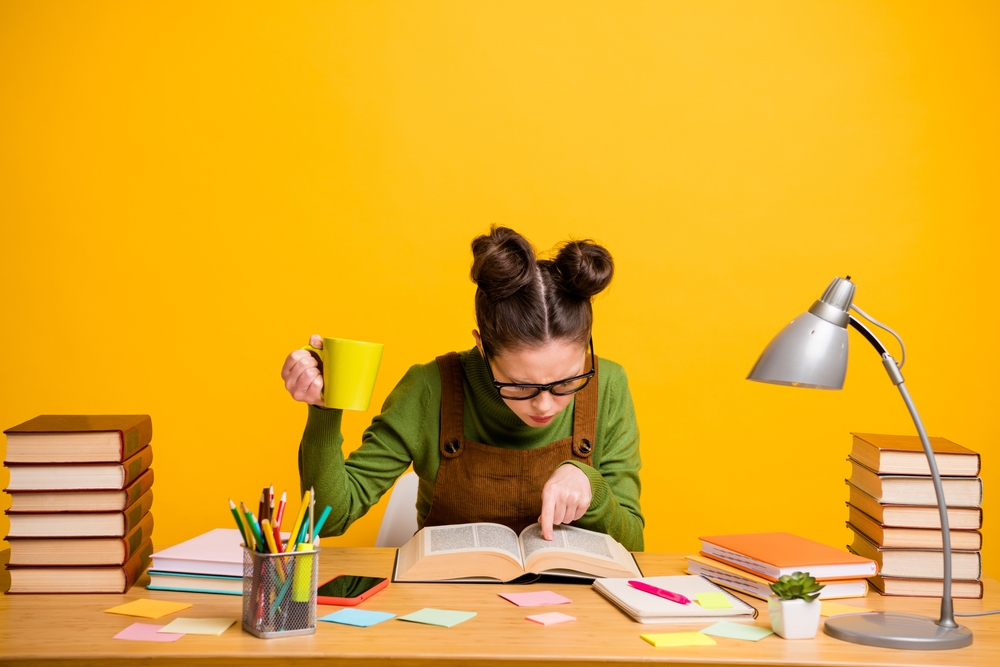 Lexical reflections: The influence of dictionaries on language

We often hear that English is more diversified, that it has a vocabulary that is more extensive than French. What if we told you that it’s simply a question of lexicographical tradition, and that this same tradition has an influence over the evolution of the French language?

In our daily lives, we all have the opportunity to observe the evolution of language. Certain turns of phrase and terms gain in popularity while others slowly die out. The lexicographical tradition of the English language is such that all these elements, regardless of their modern value, remain indexed, hence the famous “million words” in the Oxford English Dictionary. In French, we prefer to make a routine elimination of the more archaic terms so as to promote the integration of neologisms. Thus, books such as Le Grand Robert, which are based on usage, contain at any given time a total of about 100,000 words – some of which are eliminated from one edition to the next. So, French speakers don’t have a less impressive vocabulary; it’s just a matter of our different ways of indexing information.

In addition, there’s a noticeable difference in the different terms used by French-speaking countries. For example, Québec still uses the word “crosseur” (“deceiver”), whereas in France, this word is no longer used at all – and when it was, it was in the sense of “quarrelsome”. One can therefore estimate that the difference between the vocabulary used in France and in Québec (not to mention all the other French-speaking countries!) is quite significant, a phenomenon undoubtedly increased tenfold by the divergences between the reference works available in each country.

All in all, these are factors that make advertising localization all the more important. A simple translation is really not enough – from year to year, the words we choose vary greatly, and even more so from region to region. Our dictionaries reflect this!

That’s why it’s essential to choose a localization agency that will reflect these changes, so you can get your message across in the most commonly used way possible! 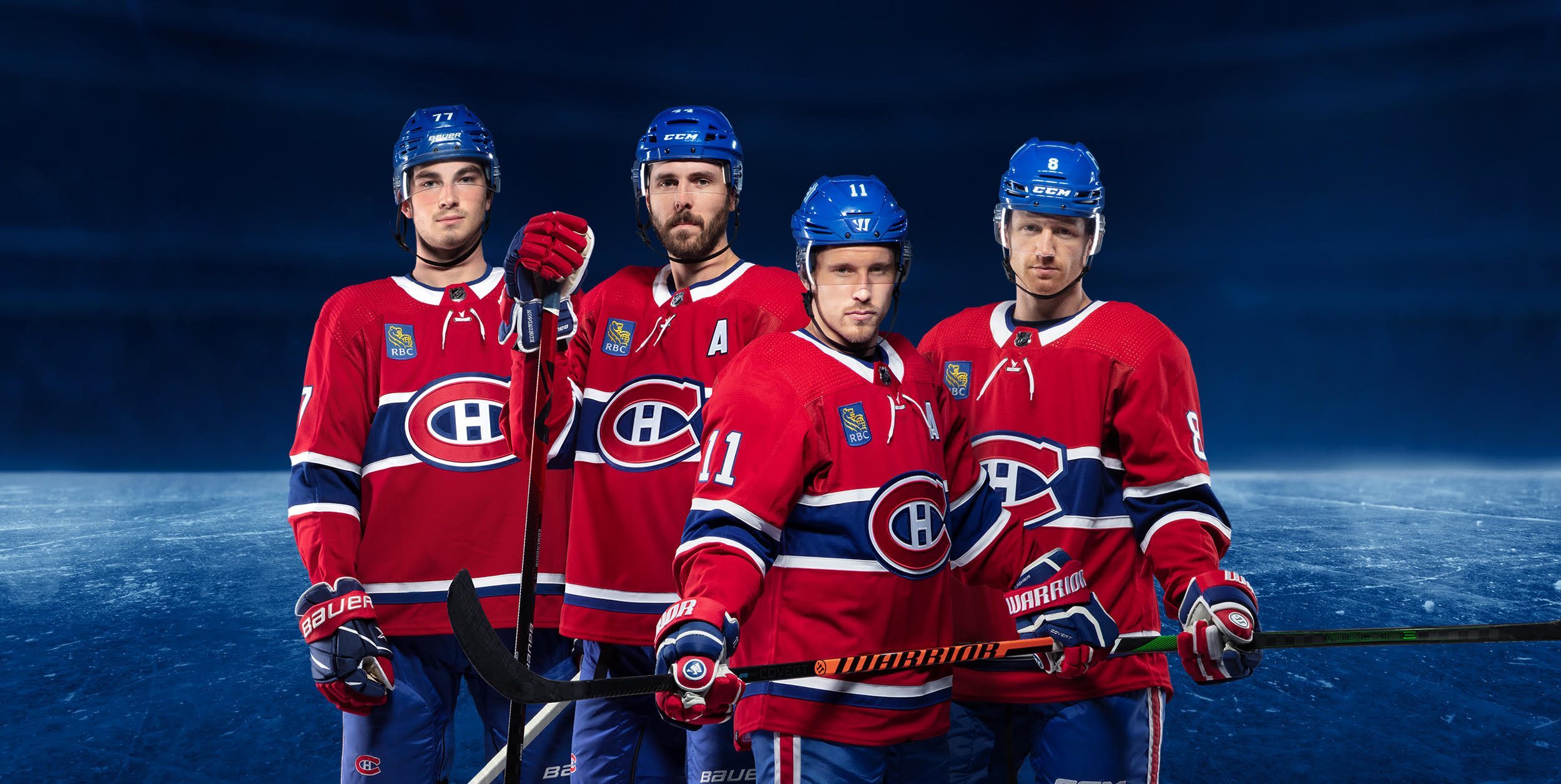 A historic collaboration for the Sainte-Flanelle

For the first time ever, the Montréal Canadiens have an official partner displayed on their team jersey during home games: the Royal Bank of Canada (RBC). And because The French Shop has been promoting the RBC brand to Québec consumers since 2014, we had the honor of communicating this news and developing a campaign to share this historic partnership that will span several seasons.

The task was certainly a delicate and perilous one, as this announcement was sure to be the talk of the town. And not just in a good way... Why? Because Habs fans are a very passionate bunch, and the idea of another logo touching the Sainte-Flanelle was likely to upset more than a few of them. Putting a logo on a jersey as emblematic and sacred as the Canadiens’ had to be done with the utmost respect, and also with humility. The challenge was to find a way to announce that RBC was very proud to be associated with the Habs and to show its support for the club without shocking its fans.

The French Shop set out to create a unifying and inspiring video that would demonstrate the affinity of the two brands, their history that spans over 100 years, and their respective commitment to the community, especially their youth programs. As part of the partnership, RBC will donate $20 to the Montreal Canadiens Children's Foundation for every official RBC logo jersey sold in the team’s official store. This organization encourages physical activity and the adoption of healthy lifestyle habits among underprivileged youth from 4 to 17 years old in Québec.

The campaign – which is airing on TV, on the web, and in RBC branches – celebrates the reach of the Montréal Canadiens in Québec, building on the attachment that Habs fans feel for the Sainte-Flanelle, a symbol of pride, promising futures and dreams of greatness.

This is a huge challenge that our team has taken on with great enthusiasm!