The COVID-19 crisis is not quite ready to call it quits with redefining everyday life and reshaping social, political, and cultural landscapes the world over. At The Shop, we’ve got our chins up as we continue doing what we do best: understanding Québec. And being there for our partners. Once again this week, we’re back to keep you in the loop with a weekly roundup of what’s happening here, based on advertising, communications, and human-interest stories that have piqued our interest. Here are this week’s top picks. And a few that fell a little short.

Québec classrooms are opening their doors to you

Schools here might be closed, but that doesn’t mean our students are sitting around twiddling their thumbs. On the contrary, Québec education is now more open than ever! Developed by a team from the Université de Montréal in just a little over a week (9 days to be exact!), the Open School platform made its online debut this past Monday. And as an added bonus, the site is open to everyone—even people who don’t live in Québec. This means we’re opening our doors to anyone who wants to access our unique system for homeschooling elementary and high school students—something that’s made a lot of French-speaking parents, students, and teachers outside Québec very happy. The proof? Since its initial launch, Open School has welcomed more than 55 million visitors from across Canada and the United States.
Learn more.

Nothing can outshine a rainbow

Last week, we wrote about the rainbows that have been popping up in windows here as a reminder that it’s going to be okay, aka #ÇaVaBienAller. Since then, rainbows have continued to colour cities all across Québec, leaving in their wake an indisputable wave of hope and solidarity amongst Quebecers. They’ve even made an appearance on major landmarks like Montréal’s Olympic Stadium, the Champlain Bridge, the Université de Montréal tower, and a number of other buildings. And some Montréal residents even caught a glimpse of someone dressed up as a rainbow. Proof that a little bit of colour can go a long way!
Learn more.

In Québec, we pull together 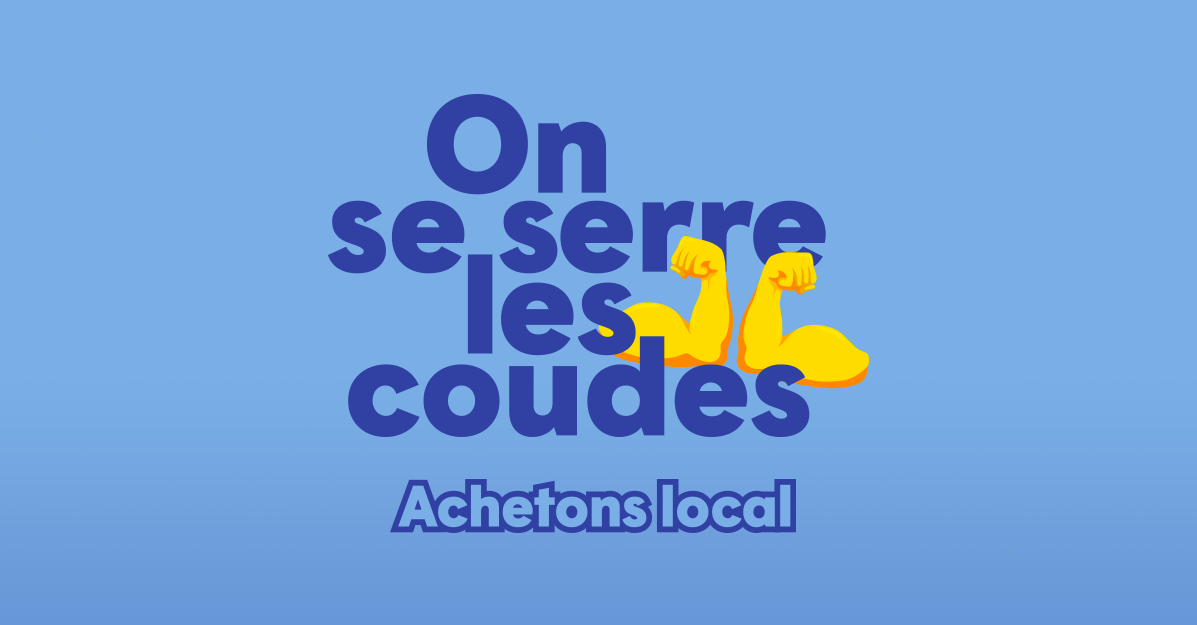 It goes without saying that when an agency does good, other agencies give them props. Especially these days. And that’s what we’re doing with lg2’s new campaign, #OnSeSerreLesCoudes (we’re pulling together)—a clever play on words, given the new reality in which we now bump elbows (coudes) instead of shaking hands (se serrer la main). Working with several partners, the agency brought together nearly 20 Québec brands that are passing the baton from one to the next in an effort to take action against the crisis and encourage Quebecers to buy local. Simple yet effective, the 30-second spots hit the nail on the head by accurately showcasing the authenticity, solidarity, and generosity of Quebecers. Now more than ever, these are the qualities that characterize Québec brands!
Learn more. 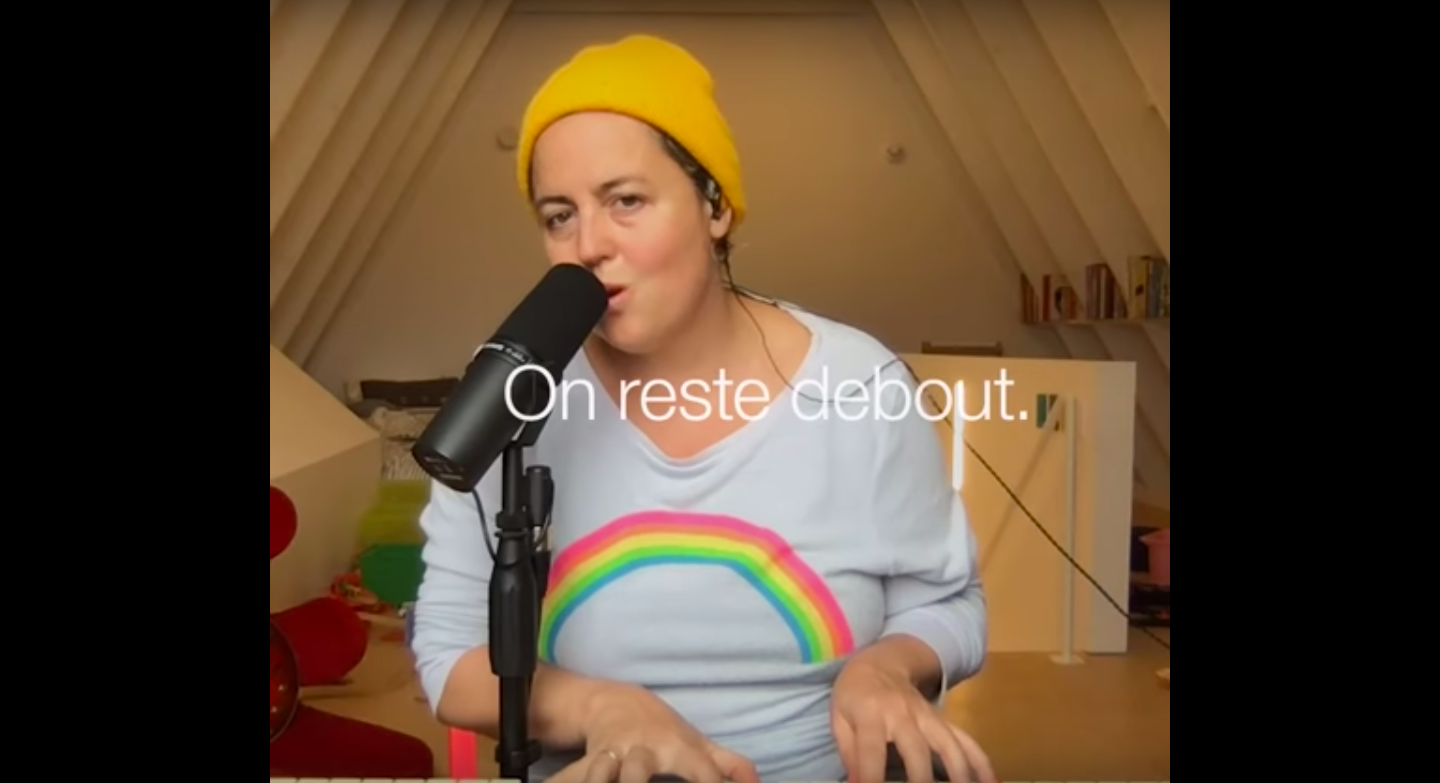 Who better than a telecommunications company to unite Quebecers during this time of isolation? With help from Québec sweetheart Ariane Moffatt and her original song “Reste Debout,” TELUS was able to showcase real footage that is proof of our undeniable resilience. The short clips of everyday life playing out to the tune of Ariane’s sweet song say it all: rain or shine, COVID-19 is not going to stop Québec from staying positive, motivated, and caring. #OnResteUnis (we’re sticking together)
Lean more.

A fake cure for coronavirus 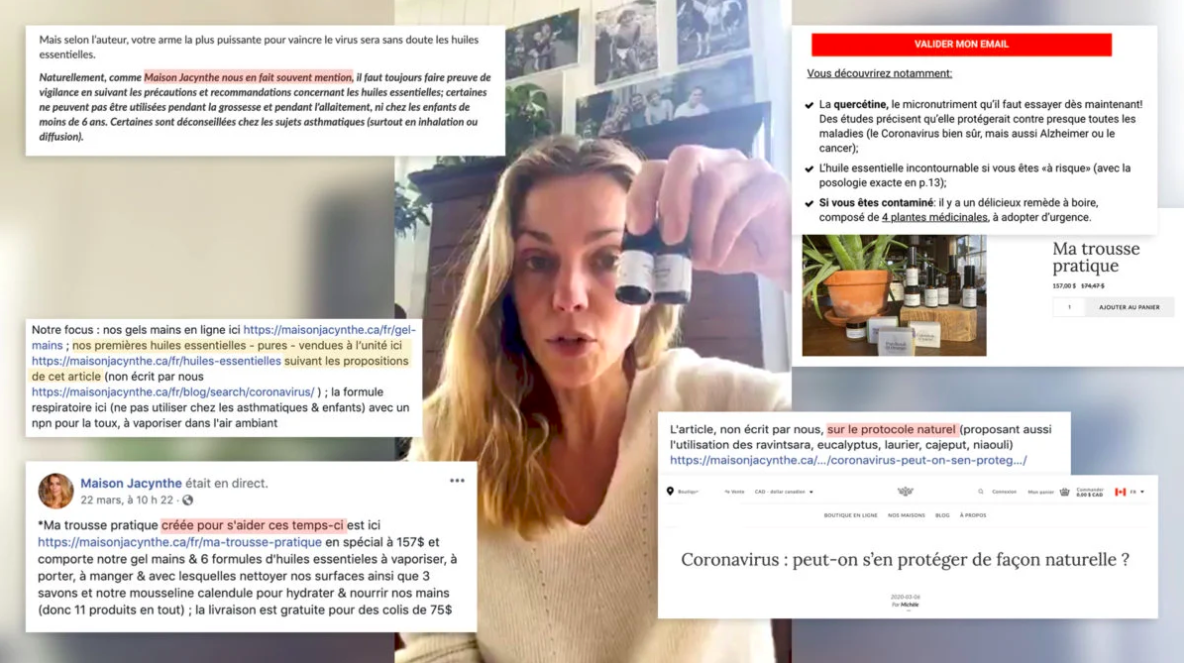 Just when we thought nothing could be worse than an ad in bad taste (uh…Corolla-Virus, anyone?), along comes a company that attempts to cash in on the current crisis. And not with just any product, but one that’s actually making FALSE claims as a cure. This week, Maison Jacynthe, a local company specializing in natural products, reached out to Facebook fans with an “antiviral kit” that purported to fend off the coronavirus. Several health professionals have since voiced their opinions, letting people know that it’s a false claim. Let’s just say that we’ll be sticking with Horacio Arruda when it comes to issues of public health from now on.
Learn more.