2021 is almost over. What a roller-coaster year it's been! From the curfew to a renewed sense of freedom, and now back to stricter sanitary measures, we've been through it all. At the shop, we’re keeping our heads high and continuing to do what we do best: understanding Québec. And being there for our partners. Once again, we’re back to keep you in the loop and share a snapshot of what’s happening here, based on the news stories that have piqued our interest. From politics to our greatest musical icon, here’s what’s worth mentioning (in our humble opinion).

In Quebec, language is a rather sensitive subject. While we speak two languages and value bilingualism, French remains our official language. So when Air Canada’s newly-appointed CEO Michael Rousseau effectively bragged to reporters about living in Quebec for 14 years without learning French after giving a speech in English to the Board of Trade of Metropolitan Montreal, Quebecers were not impressed. A wave of indignation followed, with some even calling for his resignation. In a press release, Rousseau responded with an apology and a commitment to improve his French. If nothing else, this blunder highlights the fact that Quebecers expect the leaders of big companies headquartered in Quebec to be able to communicate in French to protect and promote our official language. 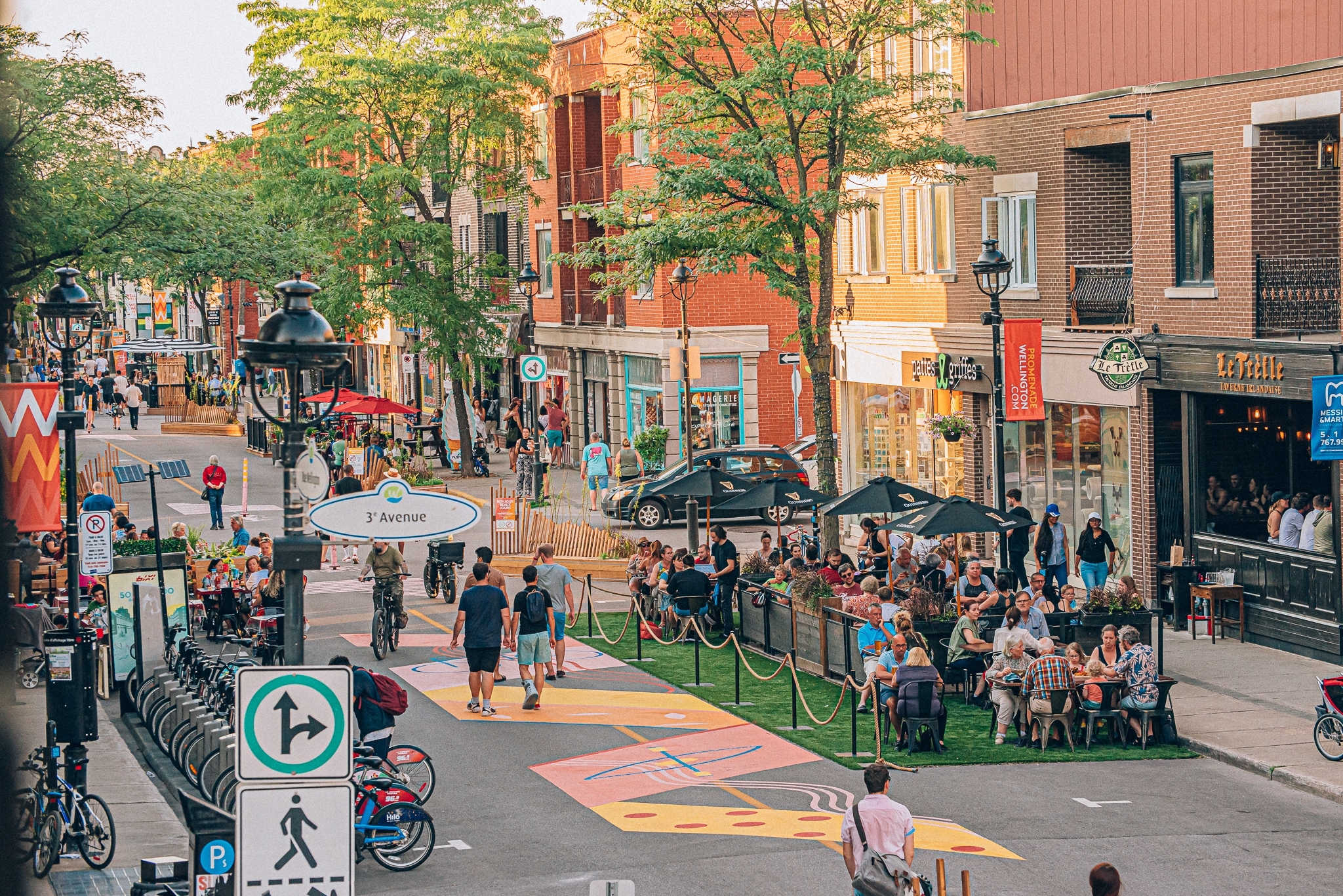 The women for the job

Four years ago, Montreal elected its first female mayor, Valerie Plante, who succeeded Denis Coderre with the slogan, "La femme de la situation" ("The woman for the job"). It seems that the 2017 Montreal election influenced other big cities across the province because, on November 7, Quebecers elected five women to lead 10 of the largest cities in Quebec: Valerie Plante retained her charge of Montreal, Catherine Fournier became mayor of Longueuil at only 29 years old, France Bélisle is the first female mayor of Gatineau, Évelyne Beaudin holds the reins of Sherbrooke and Julie Dufour holds those of Saguenay. Overall, 239 female majors and 2,420 female councillors were elected across Quebec. Since 2005, the proportion of women in power has been steadily on the rise, as has the number of young people taking office. These are encouraging trends for the future! A wind of parity blew through Quebec this fall, and it feels pretty good!

Iel, the new pronoun in town

"Iel, iels. Personal pronoun. Rare. Third person subject personal pronoun — singular and plural — used to refer to a person of any gender” (translated from French). It’s official. The digital version of the French dictionary Le Robert now includes an entry for the pronoun "iel." And as expected (let’s face it, it was bound to happen), the wave of reactions in France is causing a ripple effect in Quebec—for better or for worse. While some say "it’s about time," others argue that a dictionary should not meddle in social debates. And if the thousands of comments left on Facebook under articles on the topic are any indication, it seems that Quebecers are divided on the subject.

Nevertheless, what concerns us the most at the shop is the impact this may have on our choice of words. No one expects a dictionary to take a stand on social issues, but brands are held to a different standard—especially in 2021. More than ever, brands are an essential part of people’s everyday lives, and—whether we like it or not—they’re responsible for what they say and how they say it.

As of December 2021, the Office québécois de la langue française (OQLF) has not formally adopted the use of the word "iel," but rather recommends epicene writing, which favours an equitable representation of women and men. But is that enough? What happens when you need to address a non-binary person or someone who doesn’t identify with any gender? It’s hard to say at this point, but it’s clear that the discourse will evolve rapidly over the coming months and years. Of course, the shop’s editors are keeping their fingers on the pulse to ensure that we put the right words in our brand’s mouths. 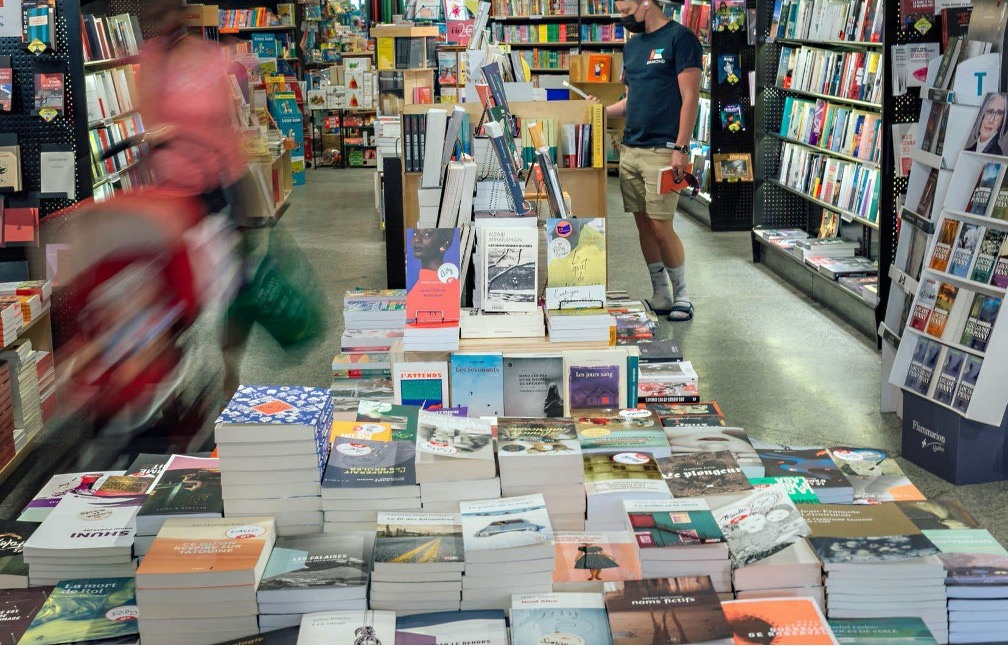 Who’s afraid of Amazon? Quebec and Amazon, the exception which proves the rule

Amazon continues to be a growing threat to bookstores around the world. The arrival of the pandemic and initial confinements in spring 2020 didn’t help to reverse this trend. However, in a rare—if not unique—case, bookstores in Québec are faring quite well.

Indeed, well before the pandemic, La coopérative des Librairies indépendantes du Québec, an independent bookstore collective, united to launch leslibraires.ca, a central platform to sell their books online. So, despite lockdowns that prevented customers from visiting shops, bookstores were still filled with employees working hard to fulfill an explosion of online orders. Between April 2020 and April 2021, book sales in Quebec increased by 30 percent.

Leslibraires.ca doesn’t just sell books. The platform also shares the province’s literary news, reviews, interviews, excerpts, and discussions. To some degree, it recreates the relationship booksellers cultivate with readers in stores. The success of independent bookstores in Quebec proves, once again, that Quebecers will always be more inclined to support businesses and brands that are embedded in their culture and speak to them in their language.

Quebecers have mixed feelings about Aline

Producing a fictional tale about the life of Céline Dion, Quebec’s homegrown diva, and bringing the interpretation to the silver screen is a big gamble. Did Valérie Lemercier pull it off?

For Claudette and Michel Dion, Céline's godmother and godfather, respectively, the answer is… no. They were shocked to see their family portrayed like the Bougons, a crooked Quebecois sitcom family that cheats the system every chance they get. Not to mention that several details about Céline’s life were fabricated.

There was a mixed reception from the general public. Some fans compared the film to a bad caricature, especially because of the characters’ names (Guy-Claude Kamar for René Angélil, for example) and Aline's fake Quebecois accent (Lemercier, who played Dion in addition to directing the film, is French). But many fans consider the work a well-meaning tribute and have raved over the more imaginary and less biographical details.

Aline may not shine as much as expected in Quebec, but Céline will always be one of our brightest stars.